This webinar explored the sources and causes of the incessant inconsistency and intricacy in judicial determination of the law governing the arbitration agreement. Alleviating the current uncertainty demands concerted efforts by the parties to expressly specify the law governing their arbitration agreement, as well as by legislatures and arbitral institutions to provide for default choice of law.

Highlights from the Poll Results:

What would be your most preferred law for the arbitration agreement?

(2) What would be your most preferred scope of application for the choice of law rule in New York Convention Art V(1)(a) (from the narrowest to the widest)?

Watch the full recorded session below: 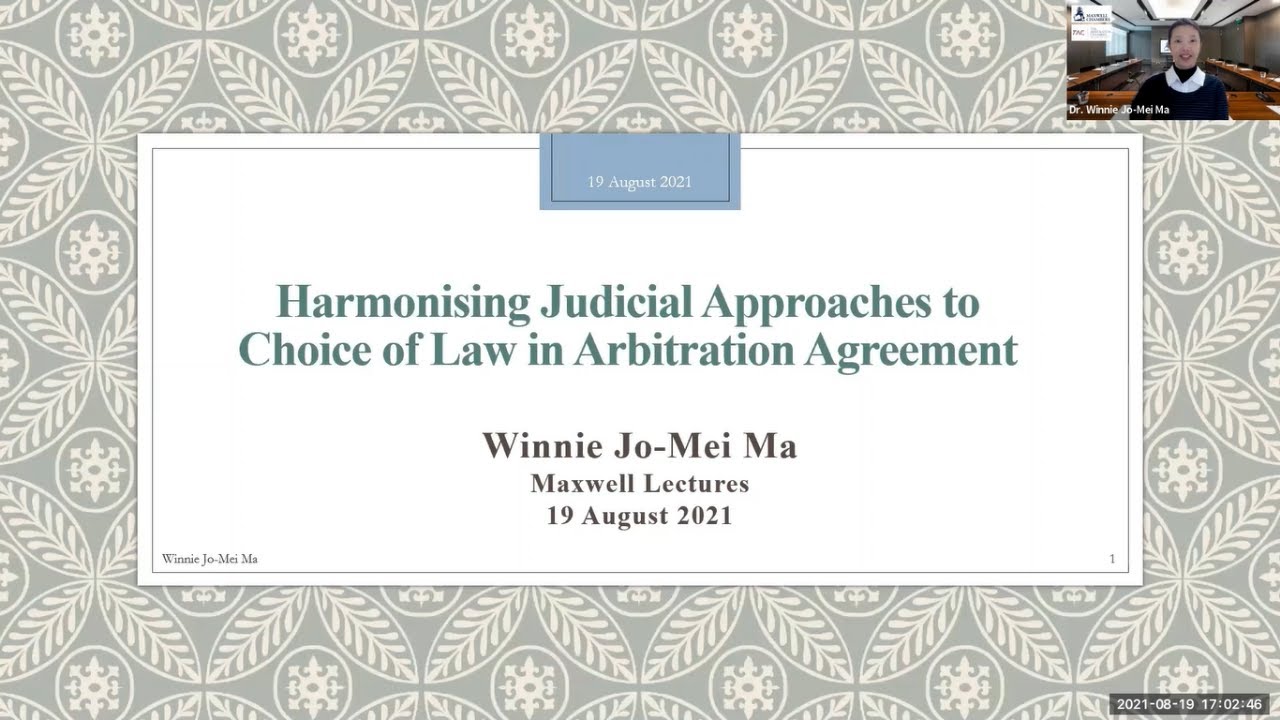 Dr. Winnie has kindly shared her responses to unanswered questions gathered from the webinar:

Qn: In Nigeria, the Arbitration Act does not mention venue or seat, rather it mentions the place. Would you consider the place to be the seat , even when the parties have chosen the law of a country as the governing law whenever a dispute arises?

Qn: Under the common law, can a transnational law be the proper law of the contract?

Ans: Some common law jurisdictions may not accept transnational or floating law as the proper law of the contract. However, Article 28(1) of the Model Law allows the parties to designate “rules of law” to govern the substance of their dispute.

Qn: What do you make of the argument that if parties choose a seat of arbitration that is different from the governing law of the contract, that is the parties’ choice (express or implied) in favour of a different law to govern the law of the arbitation agreement?

Qn: Do you think the decision in Enka helps clarify the issue, or, in fact, creates further controversy as it was so narrowly decided?

Ans: Enka case provided clarity for some issues but further controversy for others.

Qn: When does a private contract between two parties under International Arbitration becomes void or voidable?

Ans: The same circumstances that would render a contract void or voidable. Examples include the parties’ incapacity or lack of authority, non-compliance with formal requirements such as writing; illegality, fraud, duress, undue influence, unconscionability etc.

Qn: What is an example of the seat invalidating the arbitration agreement ?

Ans: Additional or stricter requirements for formal validity such as writing.

Dr. Winnie Jo-Mei Ma is an independent arbitrator and resident of The Arbitration Chambers, Fellow and Approved Faculty Member of CIArb (formerly convenor of East Asia Branch Taiwan Chapter). She is also an Advisor to the Chinese Arbitration Association, Taipei (formerly Deputy Secretary-General), and Honorary Assistant Professor of Bond University Law Faculty. Qualified and admitted to practise in Australia, Winnie has 20 years of teaching experiences, with special focus on international commercial arbitration and private international law. Her SJD thesis, “Public Policy in the Enforcement of Arbitral Awards: Lessons for and from Australia”, has achieved more than 16,000 full-text downloads. Unknown to many, Winnie was a key member of an international team of experts from Taiwan, Australia and Singapore (2012-2016), initiating a project and presenting a draft convention and submission to the United Nations which culminated in the Singapore Convention on International Settlement Agreements Resulting from Mediation (2019).