Dr Donald Charrett is a Barrister, Arbitrator, Mediator, Dispute Board Member and Member of the Victorian Bar. He is editor of the book, The International Application of FIDIC Contracts.

Maxwell Chambers spoke to Dr Charrett on the application of the contracts in construction law, the process of obtaining information on various jurisdictions, his own professional background, and more.

1. Tell us more about your new book, The International Application of FIDIC Contracts.

The book provides guidance on the specific legal requirements of using FIDIC Red, Yellow and Silver Books in eighteen jurisdictions in the Pacific, Asia, Africa, the Middle East, Europe and South America.

The second chapter is an explanation of the FIDIC Golden Principles, which comprise the essential features of a FIDIC Contract that make the risk/reward allocation fair and balanced.  They are only five in number and were formulated at a conceptual level to encapsulate the essence of a FIDIC Contract.  The reasons for the Golden Principles are explained, and guidance provided on drafting Particular Conditions to comply with them.

2. Who is the book intended for?

The book is intended for lawyers, contract administrators and students of construction law who need to understand the differences inherent in the application of FIDIC contracts in different jurisdictions. Lawyers advising in respect of a contract in a “foreign” jurisdiction they are not familiar with will find the tables of legislation applicable to construction contracts and projects a very useful resource, whether or not their contract is FIDIC. The book will assist contract administrators to understand the legal requirements for executing projects in the country where their project is constructed and guide them in determining when they need the assistance of a construction lawyer. Students will find the initial chapters useful in understanding how and why FIDIC contracts are written, and a valuable resource on comparative international contract law as applied to construction contracts.

Whilst the book provides guidance on the requirements of Particular Conditions for FIDIC contracts for the jurisdictions it covers, it does not provide suggested wording, as this will always need to be prepared for the circumstances of the specific project by a competent construction lawyer familiar with the jurisdiction.

3. What are some notable changes made to FIDIC Contracts in recent years?

The 2017 editions of the Red Yellow and Silver Books generally follow the same format as the 1999 editions, albeit substantially longer.  For example, the General Conditions in the 2017 Yellow Book are 128 pages, compared with 74 in the 1999 edition, and the Guidance for the Preparation of Particular Conditions is now 65 pages compared with 29 pages in the 1999 edition. The increased length is a result of the General Conditions aiming to provide improved clarity and certainty.  This has inevitably resulted in the General Conditions becoming more prescriptive and defining more detailed procedures in respect of e.g. Variations and Payments. The list of Definitions has been significantly expanded by the addition of new items. The term exceptional events now replaces force majeure to avoid confusion with the civil law meaning.

There are new provisions to promote the Parties’ collaboration by means of meetings, advance warning of potential issues and avoidance of disputes.  New time limits have been imposed for actions by the Engineer/Employer’s Representative, the Contractor and the Employer.  There is now reciprocity between the Parties’ rights and obligations in issues such as confidentiality, compliance with Laws, recruitment of persons, adjustments for changes in Laws, termination by the Contractor, and perhaps most significantly, Employer’s and Contractor’s claims must comply with the same process and time limits.

Apart from some renaming of clause headings and rearrangement of the order of clauses, the most significant change in format is splitting Clause 20 Claims, Disputes and Arbitration in the 1999 editions to Clause 20 Employer’s and Contractor’s Claims and Clause 21 Disputes and Arbitration in the 2017 editions. The detailed procedures for submitting claims and the applicable time bars now apply equally to the Employer and Contractor.  The extent to which this even-handedness is acceptable to Employer’s remains to be seen.

The significant change with respect to disputes is that the Dispute Adjudication Board (DAB) has been renamed Dispute Avoidance/Adjudication Board (DAAB) to reflect its enhanced role in assisting the Parties to avoid disputes. Sub-clause 21.3 in the Red, Yellow and Silver Books defines a process for the DAAB to provide assistance to the Parties to attempt to resolve any issue or disagreement that may have arisen before it has become a formal dispute.  This dispute avoidance role, and the requirement for a standing DAAB in the Yellow and Silver Books (as opposed to an ad-hoc DAB in the 1999 editions that was only implemented after a dispute arose) are most welcome improvements. These provisions, if properly used, should reduce the incidence of formal disputes that arise in construction projects.

4. What are some challenges in construction law at present?

The present challenges in construction law are essentially variants of the issues that have arisen in construction projects since the dawn of civilization – disputes arising out of time, cost and quality issues.

Major projects frequently are completed late, and megaprojects with costs in excess of US1 billion have a worse track record than smaller projects. In the competitive environment in which construction projects are bid, frequently with slender profit margins, insufficient time is devoted to preparing a realistic resourced program from which the contract price is derived. Loots & Charrett have suggested that using “price” as the primary basis for evaluating bids is fundamentally misleading and wrong and should at least be replaced by a resourced schedule as the dominant parameter in bid evaluation.[1]

Cash flow is vital to the ongoing viability of any Contractor or Subcontractor, and traditional dispute processes are too time consuming and costly to effectively resolve disputes over withheld payments.  Many jurisdictions around the world have specific legislation to promote prompt payment, such as statutory adjudication and mechanic’s liens. The slim profit margins in construction contracts, under capitalized head contractors and slow payments to subcontractors are all factors contributing to contractor and subcontractor insolvencies that result in substantial increases in project costs.  Disputes over cost also arise over the scope of work, such as whether an item of work is included in the scope defined in the contract, or whether it is a Variation.

Quality issues in constructed projects have substantial impacts for owners.  The use of combustible cladding on buildings that does not comply with building regulations is a major safety problem in a number of countries. This issue will be very expensive to rectify and will undoubtedly result in substantial litigation over the coming years to determine who will pay for it.  Notwithstanding the widespread use of quality assurance procedures in the construction industry, there is still an unacceptable level of defects in constructed buildings, e.g. several buildings in Sydney have had to be evacuated recently after structural defects became manifest.

5. What do you hope for readers to take away from the book?

An appreciation for the proper use of FIDIC contracts to promote best international practice in procurement of construction projects.  With appropriate jurisdiction specific Particular Conditions, FIDIC contacts can be successfully used in any jurisdiction, whether civil law or common law.  I hope that readers will find the tables of jurisdiction specific legislation helpful in understanding the relevant legal requirements, and when the advice of a construction lawyer is needed.

Perhaps most importantly I hope that a better understanding of how to apply FIDIC contracts will result in more successful projects for both Employers and Contractors, and the community will benefit by obtaining better value for its construction investment.

6. What were some challenges, if any, that you faced as Editor?

The major challenge was to complete the manuscript by the publisher’s deadline in order that the book was in print by December 2019.  The chapter authors, all busy professionals, were given a tight timeframe to complete their work; whilst a few requested and were granted an extension of time, they all responded by their deadline.

There were a few jurisdictions that I would have liked to have in the book, but the potential authors I approached were unable to comply with the short time available. This issue should be addressed in future by the further books which are planned to include all of the significant jurisdictions that use (or could use) FIDIC contracts.

7. What led you to pursue construction law?

I had a long career as a structural Consulting Engineer, culminating in the sale of our consulting practice to a multinational listed consultant. In the later years of my consulting career my role as Commercial Manager involved a variety of legal issues, including contracts, joint ventures, and structuring the sale of our practice. I was looking for a new challenge and decided to study law.  In my final semester as an undergraduate at Melbourne University I also enrolled in two subjects in its new Master of Construction Law course.

This not only convinced me that construction law involves many interesting aspects of law, but I realized that my years of engineering experience gave me a deep understanding of the construction industry that complemented my legal knowledge. There are many satisfying roles for a construction lawyer with engineering experience, such as membership of Dispute Boards where one can assist parties to avoid disputes, facilitating conferences of technical expert witnesses, or arbitrating disputes that involve a complex intersection of legal and technical issues.

8. How do you spend your leisure time?

I am an inveterate traveler and take every available opportunity to visit new places. I have a book titled 1001 Historic sites you must see before you die, which I am working my way through. I dabble in photography and continually expand my collection of construction related photos taken in every country I have visited. I took the cover photo for the FIDIC book – the construction of the Atlantic Bridge over the Panama Canal in 2017.

At home, I am a keen carpenter with a well-equipped workshop.  I enjoy the challenge of designing and constructing furniture and other objects from available (and often recycled) wood.  Whilst there is now a range of power tools for carpentry, it is still low-tech, and I find it very satisfying to conceive and then create useful objects in timber with my own hands.

Find out more about the book here. 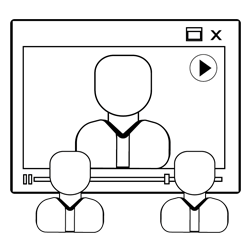 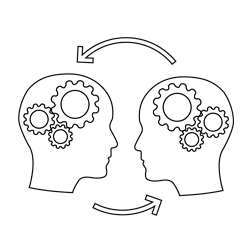