Building his reputation internationally for his work as an arbitrator, our next guest interviewee comes with extensive experience acting in arbitrations across Asia, the Middle East and Europe.

Currently based in Singapore, David Bateson comes with a vast amount of experience specialising in dispute resolution, including arbitration, litigation and alternative dispute resolution. Before he joined 39 Essex Chambers, he began his career in Hong Kong, representing Denton Hall & Burgin in 1980, Mallesons Stephen Jacques from 1990 to 2012 and King & Wood Mallesons from 2012 to 2015. With over 35 years in practice, David has made a name for himself as a leading international arbitrator, sitting on the Panel of Arbitrators for SIAC, HKIAC, CIETAC, KLRCA, FACT and APRAG.

We had the opportunity to interview David to find out more about how he got involved in international arbitration, some memorable cases he handled throughout his career, his favourite Singaporean food and more!

Q: How did you become involved in international arbitration?

A: I was a partner of an international law firm in Hong Kong for many years, and involved in many arbitrations across the region and the Middle East, mainly in the construction /resources area. As I got more senior, I started to accept arbitral appointments.

Q: Without sacrificing confidentiality could you share with us one memorable case you handled.

A: Will share two. (1) Acting for Joint Venture who built the bridge connecting to Chep Lap Kok Airport, Hong Kong, with a dispute about the impossibility of a specification, which was found by an adjudicator, and then a sole arbitrator. (2) Acting as arbitrator on big dispute over coal from China, with hearings in London and deliberations in Geneva.

Q: Tell us what is the one key trend you had seen in the ADR scene.

A: It’s difficult to identify just one. I would say increased efficiency and shorter hearings, more use of mediation, and virtual hearings.

Q: What advice would you give a younger lawyer looking to get into the field of arbitration?

A: Work hard and uncomplainingly. In time you will be running the big cases, and acting as arbitrator. As a young arbitrator, accept any case even if it’s low value. Additionally, it’s good to publish articles and take time to network at conferences.

Q: What would you say to your younger self?

A: “You should have been better behaved! It was an inspired decision to spend your entire working life based in two wonderful places, Hong Kong and Singapore.”

Q: After the pandemic is over what is the one thing you would do?

A: Travel to many jurisdictions to catch up with friends and business contacts. I want to stay in my foreign properties with the family as well, rather than just paying bills while leaving it vacant.

Q: What do you do during the weekend? Share with us your favourite past time/hobby!

A: Go on outings with family such as staycations and swimming. I like to golf and walk with friends all over remote parts of Singapore.

A: Laska and Indian food.

A: The friendly staff, and excellent hearing rooms and facilities.

A: The arbitrators breakout room in Maxwell Chambers with great snacks and coffee, TV news and newspapers. 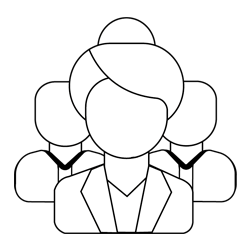